I Have A Love/Hate Relationship With Social Media

I’ve been on Facebook for awhile. I don’t know how long. I originally balked at the idea of creating a page. (I was, however, an avid MySpace user. What ever happened to MySpace??)

My youngest daughter convinced me that it was a good idea because I would be able to see many current pictures of my kids and my granddaughter. She was a baby, so I am guessing I joined some time in 2007.

I signed up for a Twitter account in January, 2009. I only have a little over 800 followers. Clearly, I’m not consistent.

YouTube – Yep. I’m there too. Look at the last video. I’ve cut my hair five times since then! (I’m more active sharing books on this channel for sure. Maybe that’s where my spare time is going?)

The point is…I can’t keep up with all of this stuff and I don’t even try any more. And sometimes, it annoys the hell out of me.

In the past 10 or so years, I have watched social media users say things that they might never have said in a face-to-face conversation. It’s escalated to a point that makes me cringe. Hastags like #fakenews are usually inserted when someone decries a media post about one highly charged or sensitive topic or another. I’ve seen examples of the very worst of human nature and I often see more than one in a day.

So why am I still logging in to these sites and sharing/posting/liking/commenting?

Because there are more examples of things that bring me joy.
Because I want to share joy with others.
Because life is too short to criticize another person and too long not to lift someone up or encourage them along the pathway.
Because I am connected to my tribe in groups that let the rest of the ugly fall away.
Because, despite all the things I dislike about social media, there are memories captured in each place that are important to me.

Like the tweeted photo of the night I met Kristen Chenowith and she sang a song about Mississippi to us after we saw her perform in Promises Promises.

How about my first blog post ever about my daughter leaving for college on MySpace?

Photos of my son’s graduation from University of Alabama as a Paramedic.

The first glimpses at my granddaughters births shared on Facebook.

Shares of my mom crowned as Mardi Gras Queen at the assisted facility where she lived nearby.

My daughter-in-law’s growth as a mother and entrepreneur.

Special Olympics events where my oldest carried the torch and competed bravely.

Numerous dance competitions and awards won by my tiny dancer.

And the business accounts I’ve created for 4 Elements Coaching. My infrequent posts are now proof that I am busy enough that I don’t have time to blog, tweet, post and share as often as I might want to do.

So yes, I may get tired of the complaints and insults and #fakenews. And yeah, I’m pretty inconsistent. But the honest truth is I’ll probably be around for awhile. And sometimes you may find me in person and we can chat a bit IRL. Which for me is infinitely better than your comment or laughing emoji.

And maybe soon, I’ll have to hire someone or learn a complicated new batching system through sites like Hootsuite or Meet Edgar to be able to really be consistent and keep up with it all.  (Meet Edgar would be my choice just because it has a cool name!)

See ya around the Social Meeds! (cuz I’m hip like that).

No comments so far. 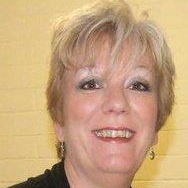